A “comfort zone” is a noun defined as: “a place or situation where one feels safe or at ease and without stress.” We all have our own comfort zones. The infamous church of Laodicea in Asia minor was lukewarm (mediocre), as our text Scripture passage evidences. The Lord was displeased by their lack of zeal for the things of God. They were complacent, lacking concern for the truth, unwilling to suffer reproach for the name of Christ, and well off financially.

This is sadly true of neo-evangelical churches today—who are lackadaisical concerning the purity of God's Words (tolerating hundreds of English Bible revisions), indifferent toward multiple plans of salvation, allowing pants and low-cut blouses on Christian women, failure to think objectively about things, et cetera. Every Christian should be an objective thinker, questioning everything! Prolific author George Orwell (1903-1950) states in his insightful book, 1984, “In a time of universal deceit, telling the truth is a revolutionary act.” This certainly holds true today in 2016, when Satan is deceiving the whole world according to Revelation 12:9.

The apostle Paul was considered an enemy of the Galatian church for telling THE TRUTH! Galatians 4:16, “Am I therefore become your enemy, because I tell you the truth?” Likewise, I am also considered an enemy by some Baptists and religious groups today, who attack my name and attempt to assassinate my character—all because I am telling the truth about the precious King James Bible, proclaiming the true meaning of repentance as a simple “change of mind,” defending the Gospel (which is called “the simplicity that is in Christ” in 2nd Corinthians 11:3), upholding the distinctives between male and female, defending my mentor Dr. Jack Hyles (1926-2001), et cetera. Brother Hyles never settled down into a comfort zone, mellowing out concerning the ministry, or fizzling out for God. Dr. Hyles went to Heaven at age 74 with a sword in his hand to fight, and a trowel in the other to build. He never retired! Dr. Hyles didn't resign, he RE-SIGNED! By God's grace, every believer ought to leave this world still wielding the Sword of the Word of God, which is one of the believer's seven pieces of spiritual weaponry (Ephesians 6:12-17). No Christian can make it without the King James Bible!

Don't Let the Devil Hinder You from The Truth 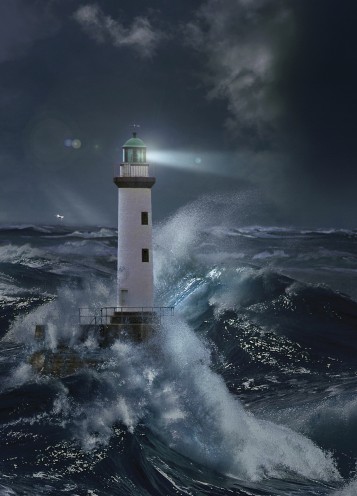 Galatians 5:7, “Ye did run well; who did hinder you that ye should not obey the truth?” If we're not careful, the Devil will get us easily sidetracked, just like the main character Christian in John Bunyan's classic novel, “The Pilgrim's Progress.” Nearly everyone in the world today has been HINDERED BY SATAN concerning the THE TRUTH. Matthew 24:24, “For there shall arise false Christs, and false prophets, and shall shew great signs and wonders; insomuch that, if it were possible, they shall deceive the very elect.” It is not possible to deceive a saved person concerning salvation, otherwise they wouldn't be saved!

Albeit, believers today are being deceived about many things—the 9/11 attacks (an inside job), the treasonous CIA, the satanic Bohemian Grove, the satanic United Nations, the bogus War On Drugs, the fraudulent Federal Reserve System, Satan's Bible revisions, a Young Earth scam, Zionism (manmade Israel since 1948), divorce (whatever happened “to death do us part”?), the demonic “Shekinah Glory” hoax (God's female side), The American Dream (you have to be asleep to believe it), et cetera. Churches are flooded with heresy today! Have you been deceived?

Most Baptist churches today have been crippled (hindered) from THE TRUTH, by the modern demonic Bible revisions (i.e., all of the English translations based upon the Greek work of Brooke Foss Westcott and Fenton John Anthony Hort). 2nd Corinthians 4:4 says that Satan is the god of this world, who blinds men's minds to hinder them from seeing THE TRUTH of the Gospel. Westcott and Hort were two Anglican ministers, unsaved reprobates who denied Christ's deity, denied Christ's virgin birth, and were involved with the occult. Today's ecumenical churches are stuck in their “comfort zones,” not awake to righteousness, not concerned about THE TRUTH. They serve mammon instead of God (Luke 16:13).

Churchgoers who follow the perverted Gospel of the corrupt Alexandrian Bible revisions are NOT SAVED. You cannot be born-again by corruptible seed. 1st Peter 1:23 teaches that we are born-again by incorruptible seed, even by the Word of God. The modern revisions all pervert Romans 10:9 to teach surrendering one's life to follow “Jesus as Lord” (master) to be saved. This is not the Gospel. The word repentance has been perverted to mean a change of life In the trustworthy King James Bible, we are simply taught to believe on the Lord Jesus Christ. We are saved by believing on Jesus' name. John 20:31, “But these are written, that ye might believe that Jesus is the Christ, the Son of God; and that believing ye might have life through his name.”

Beware of Getting into Your Own Permanent Comfort Zone!

Proverbs 14:14, “The backslider in heart shall be filled with his own ways: and a good man shall be satisfied from himself.” That is, a good man does not live to please himself; but rather, he finds satisfaction in helping others, doing the right thing, and pleasing God. Philippians 2:3-5, “Let nothing be done through strife or vainglory; but in lowliness of mind let each esteem other better than themselves. Look not every man on his own things, but every man also on the things of others. Let this mind be in you, which was also in Christ Jesus.” We need to expect changes for the better. We need to understand as Christians that change is never comfortable, but God wants us to continually move toward the right, never the left. That is, always be willing to do right, but never wrong. We always have some areas in our personal life that could use some improvement, and we ought to welcome God's help in those areas. A closed mind can become our worst enemy.

2nd Timothy 3:1-5 foretells of “perilous times” when people will love themselves. As such, the Bible lists the horrible kind of people they will become: “covetous, boasters, proud, blasphemers, disobedient to parents, unthankful, unholy, Without natural affection, trucebreakers, false accusers, incontinent, fierce, despisers of those that are good, Traitors, heady, highminded, lovers of pleasures more than lovers of God; Having a form of godliness, but denying the power thereof: from such turn away.” This describes America today!!! We have become a Godless society—uncaring toward the homeless, selfish toward others, cruel toward prison inmates, murderous toward children, abandoning our elderly, irreverent toward God, et cetera.

Notice in the preceding Scripture passage that there will be FALSE ACCUSERS in the last days. America's prisons are filled with innocent people who have been falsely accused, either because they are black colored, or because some witness errantly pointed them out in a police line-up, detectives beat a confession out of them, or police just arrested somebody to appease public outcry for an arrest, et cetera! Search the web and you'll find thousands of incidents where DNA exonerated people, after spending decades in prisons!

Nothing is holy to the public anymore! People treat the things of God as commonplace. Movies are filled with swearing, rude humor, disrespect for others—all intended to continue to lower the bar in American society, taking it all down another notch, until eventually we'll all be no better than wild unrestrained animals. Dogs perform homosexual acts to each other, doing whatever feels good, without any moral restraint. Literally, homosexuals are humans behaving on a beastly level.

Every Christian has their own comfort zone. No one likes to leave their comfort zone. Most people choose to fit in with the crowd, going along to get along. Most Christians do not want to suffer reproach for Christ. They do not want to be outside the gate with Jesus. The Old Testament scapegoat was led outside the camp, which pictured Christ (Who bore our sins) being despised and rejected for our sins. When we live godly in Christ Jesus, the Bible says that we will shall persecution (2nd Timothy 3:12). 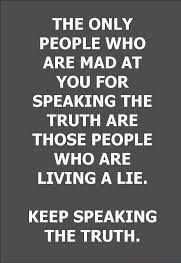 I want to please God. I am willing to endure discomfort if that's what God's will has in store for me. Please understand that I'm not saying to put yourself in an awkward situation, cast commonsense to the wind, or disregard your natural instincts. I'm just saying that we all have our own comfort zone, which if we're not careful, will hinder us from growing in the Lord and seeing THE TRUTH. Most pastors today are comfortable using, tolerating and promoting the hundreds of moderns Bible revisions. Most pastors stick to a dozen or so revisions, which they feel comfortable comparing against each other to prepare sermons. The end result is indifference, confusion and a lack of Biblical authority!

If there is no one, perfect, inspired, preserved, Word of God for today, then at best we have a collection of inferior translations!!! Today's youth have no interest in an inferior, weakened, unreliable, half-baked, uninspired, watered-down, religious book that kind of says what God intended. Not one Alexandrian Bible publisher believes or claims to have a perfect Bible. NOT ONE! Biblical, the company who publishes the satanic New International Version (NIV), states on their website that there are no perfect English Bible versions, including theirs. Biblica believes that God gave His thoughts to man, and then man penned God's words in each writer's unique style. But that is not what the Scriptures teach. 2nd Timothy 3:16 says that all Scripture is given by inspiration of God!

Jesus Came to Save Sinners | You Need HIS RIGHTEOUSNESS!