God's people cannot associate with the unbelieving, Christ-rejecting world without being adversely influenced and finally contaminated. This is why people who are in denominations which have gone liberal should withdraw and become fundamentalists. It is not believing right within the movement that makes one a fundamentalist; it is the withdrawal FROM the movement and returning to the original dogma, practices and convictions of the apostate group that gives one the title of fundamentalist. The basic difference is the degree of importance that one places on the doctrine of separation.

A “fundamentalist” is a Christian who separates from others believers who no longer adhere to the fundamentals of the Biblical faith. A fundamentalist CARES about the purity of God's Words, but a neo-evangelical doesn't make a fuss. The fundamentalist freaks out when he discovers that the NIV changes or removes 64,475 words as compared to the King James Bible. The neo-evangelical is comfortable searching through a dozen different Bible revisions, to see which rendition appeals or makes the most sense to his human thinking.

A fundamentalist believer understands that fleshly lust leads to sexual immorality. The fundamentalist man has 1st Peter 2:11 memorized, ““Dearly beloved, I beseech you as strangers and pilgrims, abstain from fleshly lusts, which war against the soul;

Our nation's pulpits died in the 1980's. Although fundamentalism surged for a time in the 1970's and thousands of Baptist churches were going strong by the late 1970's, the popularity of the new International Version (NIV) killed the churches, removing their authority. “PREACHING WITH AUTHORITY!” (MP3 sermon by Brother Roloff). America is going to hell.

I CARE! Do you? Nothing frustrates me more than handing a bunch of truthful MP3 sermons and books by fundamentalist preachers, to a neo-evangelical pastor, and it is as if I never handed him anything! THEY ARE LUKEWARM TOWARD THE TRUTH!!! Neo-evangelical ministers just don't care. They get paid $58,000 on average per year, and in some cases are paid 6-digit ungodly figures! They take annual unbiblical Zionist (manmade Israel) motivated trips to the apostate nation of Israel. If I had my way, I'd do a Donald Trump number on them all and say boldly without apology, “YOU'RE FIRED”!!! Get out you sorry devil you! “YOU'RE FIRED”! “YOU'RE FIRED”! “YOU'RE FIRED”!!! I'd gladly and immediately fire every neo-evangelical pastor in America. SHAME ON TODAY'S DEAD PREACHERS! 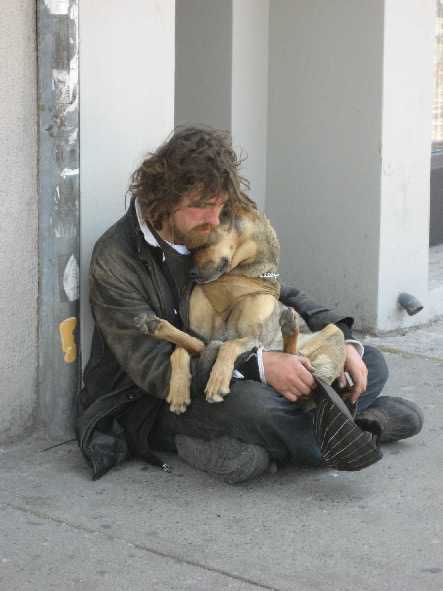 A fundamentalist cares about which Bible he uses. God didn't author hundreds of books, He only wrote ONE BOOK. We have that book preserved in the inspired King James Bible (the flat black 66). Amen! The King James Bible is truth, and it hasn't been messed with by the Devil. If you claim to know Jesus Christ as His child, but you don't care about moral issues, Bible doctrine and the needy people in your community, something is wrong. If we don't care as God's children, then who will? If not us, who? If not now, when? If not here, where? There is something (even it if may seem insignificant or small) that we can all do to help get more souls into Heaven.

If you've been having difficult praying regularly for missionaries, donate some money each month to them (or their mission's board), and it will help you feel connected more with them because now you have a vested interest in them, and their work. To help an orphan, someone poor, or an imprisoned inmate, a struggling widow, et cetera, is to help the Lord Jesus Christ Himself (Matthew 24:40,45). Matthew 25:44-45, “Then shall they also answer him, saying, Lord, when saw we thee an hungred, or athirst, or a stranger, or naked, or sick, or in prison, and did not minister unto thee? Then shall he answer them, saying, Verily I say unto you, Inasmuch as ye did it not to one of the least of these, ye did it not to me.”

A fundamentalist cares about morality. Ladies ought to dress like ladies, with virtue and modesty. I love when ladies wear long dresses! There's nothing more shameful than a girl or woman wearing a mini-skirt, which speaks loud and clear that she doesn't love God, doesn't respect herself, and doesn't care if she hurts other woman and families by causing the sin of lust. God will judge every woman for every lust she caused by her immodest apparel. Oh how the tears will flow in eternity, and fear will flood into woman's souls as they are held accountable by God for their wickedness!!! Hebrews 10:31, “It is a fearful thing to fall into the hands of the living God.” If you do not fear God now, you will. YOU WILL!!!

Matthew 10:28, “And fear not them which kill the body, but are not able to kill the soul:
but rather fear him which is able to destroy both soul and body in hell.”

Jesus Came to Save Sinners |